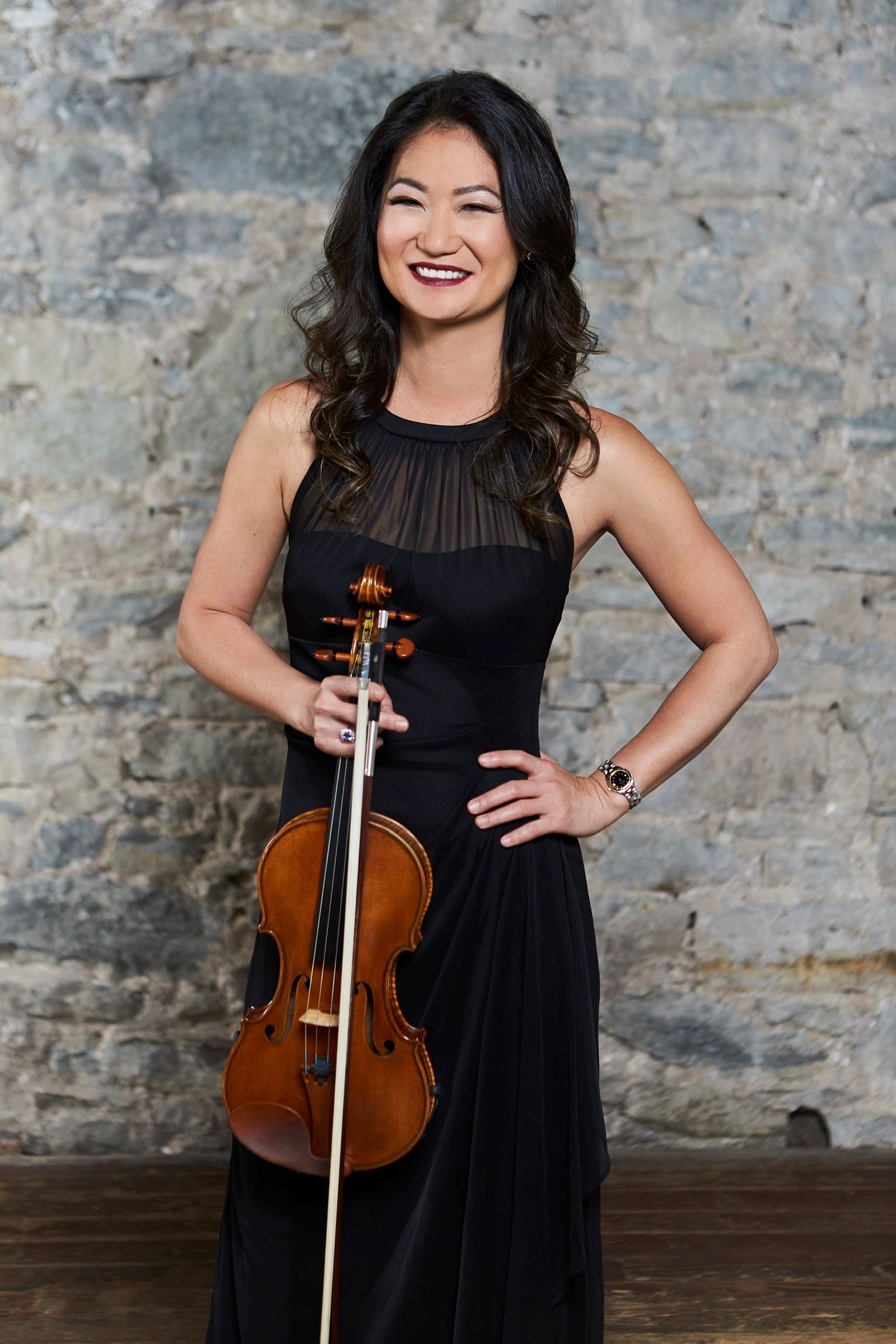 Cecilia was a featured artist for the city of Hamilton and this commercial was shown theoughout movie theatres across the GTA to entice the Toronto artistic community to consider Hamilton as a possible viable, vibrant community to live in.

Originally from Seoul, Korea, Cecilia moved to Hamilton at the age of six and grew up in the city. After leaving Hamilton for 10 years to pursue university and world travel, she returned in 2002 and has maintained it as her base since winning a first violin position with the Hamilton Philharmonic.

Cecilia earned her Honours Bachelor of Music from the University of Toronto, and graduated from the studio of internationally respected pedagogue, David Zafer.

As an orchestral player, she has worked with orchestras throughout Canada, Europe and Asia, including the Barcelona Sinfonietta, Mount Fuji Chamber, Orchestra London, Windsor Symphony, Thunder Bay Symphony, Kitchener Waterloo Symphony, Niagara Symphony and the Stratford Festival Orchestra. She has also sat as Concert Master for the Bach Elgar Orchestra, the Korean Canadian Orchestra, Symphony on the Bay, and Talisker Players Toronto.

When not performing or teaching, Cecilia enjoys spending time outdoors hiking trails and visiting beautiful waterfalls within the greater Hamilton area with her family.

With over 25 years of wedding performance and contracting experience.

From Solo Violin to Full Orchestra

Only trust your special day to the best.